Last night I came up with an idea how you could promote your company in a clever way, set a world record and turn the MetLife Building in New York into a tourist attraction.

You could put a giant non-smoking sign on the front and back of the MetLife tower.

The sign should be 16-20 stories high and would be visible across Park Avenue. It would be even nicer if it would be lit at night. 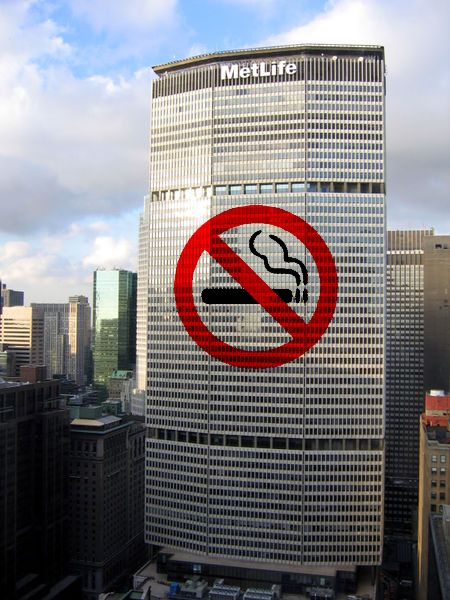 This is just a quick idea. I hope you’ll consider it.

Thank you for listening,

PS: I’m a smoker myself but such a large non-smoking sign would probably have a long lasting effect on many people (including myself)

Thank you for writing to MetLife Online and allowing me to be of assistance.

The building continues to serve as MetLife’s corporate headquarters and the familiar „MetLife“ sign remains.

We are also unable to consider ideas from the public. I apologize.

Thanks again for taking advantage of our online service.

I never thought that a large corporation would answer so quickly to some silly ideas… Thanks for that CJ at MetLife. Keep up the great customer service!

Please enter your domain.
Please verify that you are not a robot.